Yuichiro Nishizawa is an associate professor and the chair of the Division of Creative Arts & Technology.

Professor Nishizawa attended Rhode Island School of Design (BFA in Film/Animation/Video) and the School of the Art Institute of Chicago (Post-Baccalaureate Certificate and MFA in Art and Technology).

Working with the diverse population of students and like-minded peers at Bloomfield College fuels Nishizawa. He regards his position as a privilege. He is “committed to the practice of knowledge as trans-disciplinary, teaching/learning as non-hierarchical, experiential and collaborative, and education as critical reflection, liberation and social action.”

He has enjoyed teaching regularly the following classes:

Nishizawa, born in Tokyo, is interested in the complexity of the technological influences on and beyond everyday experience. He employs a wide array of media and methods in his work and inquiry. His hope is to provide an experience that brings the viewer to questions, furthers their own spirit of inquiry, engages their curiosity, and prompts them to imagine. His innate interest in function and form, conjoined with his investigation, has also led him to pursue furniture design and fabrication.

In 1998, Alexandra founded the Chiapas Media Project an award winning bi-national organization that has trained over 200 indigenous men and women in video production in Chiapas and Guerrero, Mexico. Alexandra has consulted with various organizations such as Witness and CLACPI (Latin American Coordinator for Indigenous Film and Communication). In 2004, Alexandra was awarded a Guggenheim Fellowship for the Latin American Indigenous Video Initiative (LAIVI). In 2007, Alexandra was awarded a Fulbright Scholarship for the Indigenous Audiovisual Archive (IAA) in Oaxaca, Mexico. During this time she also produced five short documentaries in collaboration with Mexican human rights organizations - some winning international awards. Eyes on What’s Inside, about two indigenous women who were raped by the Mexican military, was used as evidence in an important human rights case before the Inter-American Commission on Human Rights. Other films have been used in bi-national advocacy campaigns in the U.S. and Mexico.

In 2010, Alexandra founded the Americas Media Initiative (AMI) a non-profit organization that works with Cuban filmmakers living in Cuba. In March 2012, Alexandra collaborated with the Museum of Modern Art Department of Film on a US documentary shorts program, Closing Distances/Cerrando Distancias that traveled to five towns in Cuba. In February 2013, Alexandra co-organized the New Cuban Shorts Program, part of the Documentary Fortnight Series at the MoMA. In 2014 AMI did the third Closing Distances/Cerrando Distancias tour with the PBS documentary series, POV and the Executive Producer, Simon Kilmurry. Alexandra is currently developing the Cuban Documentary Film Fund with the International Documentary Association (IDA) that will support Cuban documentary filmmakers in Cuba.

Alexandra is currently Co-Directing END OF LOVE a feature-length documentary in development about the lethal intersection of the developing adolescent brain, access to on-line pornography, and the criminal justice system. And she is in pre-production on The Healer, a feature documentary about Dr. Zhengang Guo, a traditional Chinese herbalist practicing in Chicago and the FDA’s decades long campaign to shut him down.

Taneshia Nash Laird is the President & CEO of Newark Symphony Hall, a legendary performing arts center on the National Register of Historic Places. She was previously the executive director of the Arts Council of Princeton where she was only the third executive director since 1967 and the first one of color.

The published co-author of "Still I Rise: A Graphic History of African Americans," Taneshia co-founded - and was the Chief Marketing Officer of - the MIST Harlem entertainment center in New York City. She began her extensive tri-sector career in the government, non-profit and the private sectors as the Director of Media Relations at Planet Rock Music in the early 90s. Her resume includes serving as Development Director at Alternative Design, a minority woman-owned company with clients like Sony, BET, and Walt Disney Imagineering. Taneshia was also the co-producer of the "Battle Sounds Hip Hop DJ Documentary" and is the producer of live presentations of Def Poetry Jam Reunion, bringing together performers that appeared on the award-winning HBO and Broadway Def Poetry Jam shows to venues like the Philadelphia Museum of Art. During the Obama Administration Taneshia was an appointed grants panelist (a special government employee) for the National Endowment for the Arts, helping make funding decisions on arts proposals.

Taneshia is in the voting academy of the annual Black Reel Awards and serves on the board of several organizations including Rush Philanthropic Arts Foundation, the Foundation for Augmentation of African Americans in Film, and the Art Pride New Jersey Foundation for which she co-chairs the Diversity, Equity and Inclusion Committee.

Transdisciplinary degree program for artists and practitioners in all areas. 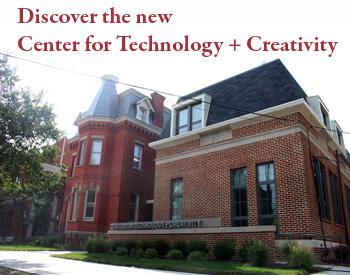