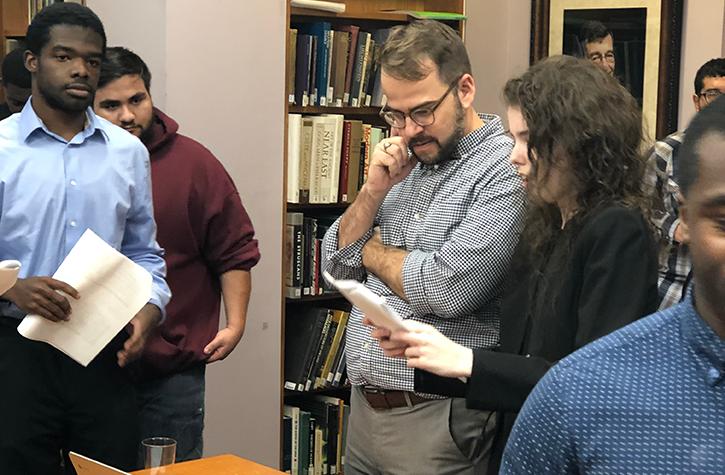 When you major in English, you gain knowledge and skills in writing and speaking, which positions you well for a successful career in any field. Our program has one concentration: Literature. You’ll be ready to become a writer, an editor, a publisher or a journalist, or you can lay the groundwork for a career in marketing, public relations, teaching or law.

What you’ll study: British and American authors, as well as other diverse literature from around the world.

What you can do: Become a teacher, a publisher, a literary critic, an editor or a librarian – whatever you choose, you’ll have the skills to think critically about writing and examine culture.

A journalist: Median pay $38,870 per year. Journalists inform the public about news and events. They report the news for newspapers, magazines, websites, television, radio and even social media.

A librarian: Median pay $57,680 per year. Librarians don’t just organize books. They help people find information and conduct research. Their job duties may change based on the type of library they work in, such as public libraries, schools and medical libraries.

I am a long time member of the Conference on College Composition and Communication (CCCC), and the Council of Writing Program Administrators (CWPA), and I regularly present at these organization's annual conferences. Much of my research is focused on the National Census of Writing, a survey of 900 institutions of higher education that asks how writing programs are taught and administered. For this work, I have received an Andrew W. Mellon Foundation grant and the Extraordinary Service Award from the CWPA. 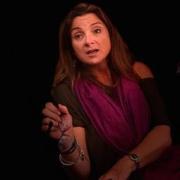 Areas of research include rhetorics of the body and performance, classical rhetorics, critical discourse analysis, ethnography of performance, and critical literacy. She also specializes in developmental writing, multi-modal writing, and exploring the intersection between pop culture and theory. Dr. Ramsby is particularly interested in conducting research with Bloomfield students, as well as collaborating with students on a new theatre project at the College. Recent publications include: "Theory in the Body: Language and Power on the Rhetorical Stage". Routledge Press. (Forthcoming 2021) With Bloomfield College students Steven Hawkins and Shammoi Brown, “I Prefer Ladies with More Experience”: Sex, Death, and the Post-feminist Demon.” Death in Supernatural: Essays on the Television Series. McFarland Publishing Company (Forthcoming Fall 2017). Also, with Bloomfield student Mubarak Muhammed, “Warning! Monster Metaphors and the Urban Black Body.” Brill Press. (Spring 2019). 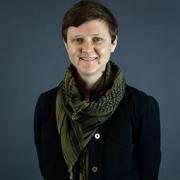 My research and teaching interests focus on social and historical contexts of writing/literacy learning and instruction. I write about language biases and beliefs, histories, and contact zones where diverse language speakers engage and transform language and literacy practices. I bring historical and sociolinguistic perspectives to my writing classroom research and teaching praxis. My research interests also include writing transfer, digital media, professional and technical writing, community engagement, and inclusive pedagogies. I urge students to engage and present their research at on- and off-campus venues, including national conferences (such as the Council of Writing Program Administrators Conference and Our Digital Humanity: Storytelling, Media Organizing, and Social Justice). 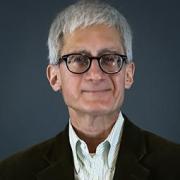 I regularly teach classes in British literature and Western European literature. Those might seem like very foreign subjects, but one of the key goals of my teaching is to explore how literature communicates compelling questions about our humanity and how those questions transcend time and space. My students and I explore these questions in conversation and in writing that is frequently personal as well as “academic.” At the heart of my teaching is a desire to stimulate the imagination (my students’ and my own) because the imagination gives us our capacity for innovation, wonder, and sympathy. These are qualities that enrich our careers, our lives, our relationships, and our world. My publications include articles on the British school novel, contemplative learning and teaching, composition pedagogy, and music theatre; my current research focuses on British children’s literature. As Holley Professor of Applied Ethics, I organize lectures and forums about ethical issues across the work and life of the college.

"Students learn that most of the questions that they are wrestling with personally or that society is wrestling with collectively have been topics of conversation for centuries. We examine questions such as the conflict between free will and destiny, fate and predestination and the definition of race"

"The English program is rigorous, creative and interdisciplinary. Students are challenged to develop their critical thinking, writing and research skills through exposure to a variety of literary traditions"