When you major in Media Communication, you gain knowledge and skills in writing, reporting, public speaking and meeting deadlines – all skills that prepare you well for the real world, no matter your path. With a Media Communication degree, you can become a reporter, a TV anchor, a writer, an editor or a producer, and you’ll also be poised for success in digital media, marketing, public relations, corporate communications and law.

A reporter or TV anchor: Median pay $38,870 per year. Journalists inform the public about news and events. They report the news for newspapers, magazines, websites, television, radio and even social media.

A producer: Median pay $70,950 per year. Producers create television shows, newscasts, movies, live theater, commercials and other productions. They interpret a writer’s script to inform or entertain an audience. 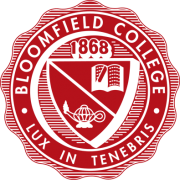 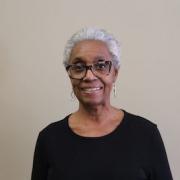 Jeanne Nutter, Professor of Communication, is the Coordinator of the Broadcast Journalism Concentration. She has been teaching at Bloomfield College since 2001. Early in her career, she worked in the public affairs department of WNBC-TV and the advertising department of the NBC Radio Network. In 1998, working with Hagley Museum and Library, Dr. Nutter helped create an exhibit and pilot documentary film on P.S. DuPont and the African American School rebuilding program. She has collected over fifty hours of oral histories of African Americans in Delaware. This has resulted in several short films: Littleton Mitchell: Human Rights Warrior, Conversation with Luther J. Porter , Conversation with Jane E. Mitchell: African American Nurse, Conversation with Reverend Maurice J. Moyer: Civil Rights Activist and Conversation, Dr. Eugene McGowan: African American School Psychologist and Community Leader and Edward Loper: African American Painter. A Separate Place: The Schools P.S. DuPont Built, a full-length documentary, has aired on WHYY-TV and won an Honorable Mention in the 2003 Wilmington Film Festival and a Best Video Documentary Production in the 2012 Black International Cinema in Berlin, Germany. She has published Growing Up Black in New Castle County an oral history of African Americans. During 2016 she co-produced a series of six documentary films entitled Voices of the Elders: Stories of African Americans in Delaware. This project was a collaboration between the Historical Society of Delaware and WITN22 -TV. In March of 2002, Jeanne Nutter was inducted into the Delaware Women’s Hall of Fame. The Delaware State Education Association awarded Dr. Nutter one of the 2004 Humanities and Civil Rights Awards. In 2015 she was awarded the James H. Gilliam, Jr Humanitarian Award by the Metropolitan Wilmington Urban League and in 2016 she was awarded the Oral History of the Mid-Atlantic Region Pogue Award for outstanding and continuing contributions to oral history.