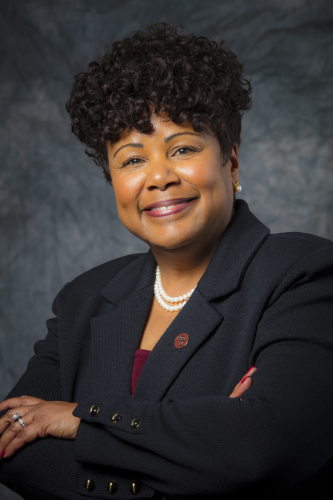 At Bloomfield College, we see our students, many of them hit hard by the pandemic, working part-time jobs - often two or three - while studying for their degrees. Our students are some of the poorest college students in the nation. More than half are the first in their families to go to college.

I'm in awe of their grit and determination.

We're a designated Predominantly Black Institution, or PBI, in Bloomfield, and one of the few PBIs in the Northeast.

The challenges for our students are real, but so, too, are the opportunities of this moment as Americans, from governments to philanthropists to corporations, start addressing the need for racial and economic equity as never before.

When Americans think of higher education institutions that serve a large percentage of Black Americans, they usually think of Historically Black Colleges and Universities (HBCUs), which are institutions founded before 1964 to educate Black Americans. There are 107 HBCUs in the United States.

The more than 100 PBIs in the United States are different, and we're perhaps not as well understood. The federal PBI designation was incorporated into the Higher Education Act in 2008. PBIs must have a student body that is at least 40% African American, and half of the students must be low-income or first-generation college students. At Bloomfield College, our student body is 51% Black and 31% Hispanic.

We're heartened and applaud the philanthropic support for HBCUs, especially the recent high-profile donations to these colleges and universities. But we need more Americans to have a greater understanding of PBIs, especially now, and to consider the powerful impact their support could have on our students. We advance not just our students through education but also their families. After graduation, our students and their families move from the bottom economic quintile to the second economic quintile.

Our students are studying biology, finance, nursing, education and other majors and minors to start their careers and begin to make contributions in their communities.

When people understand our mission, and especially when they meet our students, they recognize the powerful role we play. These are students who sometimes don't know where their next meal is coming from or if they will be able to keep their heat on all winter. And still, they study. As a private college of nearly 1,600 students, they benefit from a close connection to our professors, who regularly go above and beyond to help their students both inside and outside the classroom.

In the past year, the Black Lives Matter movement has expanded our understanding of the permeating inequities across all races. It's the right time to educate everyone - our legislators, philanthropists and the public - about the significant impact PBIs are making.

I feel a deeply personal connection to our mission. I'm the only Black female president of a four-year college in New Jersey and, I, too, overcame challenging life circumstances being raised by my grandparents in Alabama during the civil rights movement. It alarms me that a clear path to a college degree is still systemically out of reach for many in communities of color.

My fear is that the limited information about PBIs will keep them underfunded and underappreciated. I'm compelled to bring urgent attention to the needs of Black students attending our nation's PBIs who dream of something better. Especially now, as the pandemic has caused thousands of low-income students, who are often minorities, to abandon, delay or alter their pursuit of a college degree.

We can't let that happen.

I was taught that education is key - and something no one can ever take from you. I will continue to advocate for the financial support of PBIs as the distinct educational institutions that they are until they become central to our nation's conversation about Black families, education and social mobility.